In this third edition, Chile and Germany have participated as invited countries.

They were 3 days full of activities. Professional meetings, success stories and much more.

Where 18 projects aimed at international co-production were presented.

Ventana del Cine Madrileño is an initiative that provides backing to the Madrid film industry. It’s set up by AMA in conjunction with the Madrid Regional Government. The main objective of this initiative is to create an annual framework to promote collaboration and the co-production of feature films with companies and professionals from other geographical areas. The first edition, held in 2015, was attended by guest delegations from Sweden and Columbia. The guests in 2016 are Mexico and Rumania. The guests in 2017 are Chile and Germany.

Presentations, round tables and debates have been scheduled over a three day period, from 28th to 30th September, in addition to the co-productions forum, the central pillar of the Ventana del Cine Madrileño which will foster meetings between production companies from Madrid and their Chilean and German counterparts for the presentation of potential co-production projects. Registration for activities is open until September 26th.

The goal of the Ventana del Cine Madrileño is to open up the possibility of future alliances and co-productions for Madrid-based projects, and to expand the distribution of films produced in Madrid while attracting foreign investment through the promotion of film shoots in the Region of Madrid.

The train that takes the students from Conexo to ski in the mountains derails when it is crossing a tunnel. Eva, Noel, Sabina, Gabi, Ana and Sam are the only survivors, but no one comes to rescue them. In Conexo there are six identical boys to them occupying their place ... Why are they duplicates? What really happened in the mountain tunnel? The group will have to solve the puzzle before the world collapses because of it. 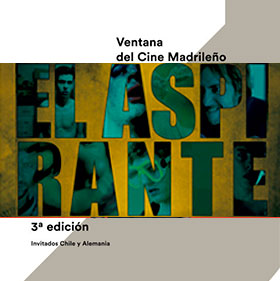 Carlos is a young man whose desire is to fit in with that new and attractive microcosmos called College. To achieve that, he is willing to be humbled and to prove to himself that he is like the others. This is his story. That of someone who, unbeknownst to himself, finds out that hazing is far more cruel and sickening: when he tries to bail out, he is overcome with obstacles. What begins as a supposedly "innocent" game, becomes a perverse spiral of bloody

Three stories that intersect and complement each other. The same element, three ways of living with it, feeling it and being affected by it. ICE is fire, passion, hope, desolation, present, past and future.

Why are there so many wars, poverty and people lacking food or drinking water? Because peace is not just the absence of war, “PEACE” is a film and series that considers Peace to be possible, by improving society through human rights, gender equality, ethnic integration, democracy, education, disarmament, among others. Through anonymous people and well-known figures like the Dalai Lama, Pope Francis and Nobel Peace Prize laureates we will lay out the steps to be taken for building Peace togethe

Alex is in his fifty and his life is a real mess. Suddenly he descover his double living a perfect life in Colombia. Alex wants to know more about Tom´s life. He travels to Cartagena de Indias and look for an hotel room in front of Tom´s villa. Alex will be on watch the life of his twin and become an obsession for him 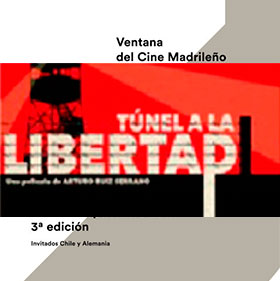 During the spring of 1948, in one of the hardest prisions of the Spanish post-war period, the greatest and most spectacular flight of the century took place. Twelve young men, armed only with their ingenuity and sacrifice, dug for a hundred and two days, a long and narrow tunnel that led them to the outside, where an even greater challenge awaited them: cross the peninsula to reach the desired freedom on the other side of the Pyrenees. But to do so, they had to face an even more dangerous enemy: their own companions.

Year 2031. After years of financial control from Berlin, Spain has finally become a German province: Spanien. Marisol, the Mayor of a city in the Spanish coast, decides to break the law and declares its independence. Although this declaration poses no immediate threat - as it has no judicial validity - Germany must hold firm so they send Alexandra, an ambitious and young German-Spanish politician, to end the rising of the Spanish independence movement.

The best day of my live

Max and Nick, a Russian couple who comes to Madrid for their first Gay Pride; Ruth, a young Ugandan activist, Timo, a young deaf sportsman and two Spanish transsexuals. The documentary visits them in their places of origin and accompanies them to Madrid, a city open to diversity where they will share the great international LGTB party, a positive, emotional experience, through the eyes of Fernando González Molina, one of the most Blockbuster of Spanish cinema.

This is the story of 3 backpackers traveling in southern Chile, towards the fictional town of KALKUWE. The arrival of these young men coincides with an earthquake, brought about by a strange energy. 3,000 days prior, a curse was cast, the product of a love triangle. As the town recovers from the quake, a foreign woman turns up, having something to say about the hex. Someone dies and a young boy goes missing. A frantic search ensues by the town’s people, a detective and a young couple of documentary filmmakers. The backpackers and the mysterious detective unearth the origins of the strange energy, which will force some of the characters to leave the town forever.

1934, Luis Gonzalez Gonzalez walks out of jail and enrolls in the civil guard. He is sent out to repress a rebellion by the Natives, where his condition as a mestizo will put him at the crossroads between the two camps and he will have to make up his mind on what his identity is.

Chile, Military Coup of 1973. The Finnish ambassador Tapani Brotherus receives the orders of his government to deny asylum to victims of political prosecution. However, Tapani disobeys, and with the support of his wife Lysa, he helps thousands of refugees.

Based on a true story of Chile in the nineties, The Undeniable tells the story of Coca (40), an upper-class woman who is forced to confront the relationship between her eleven year old daughter and her best friend.

September 1986. It’s been 15 years since General Pinochet took power in Chile. Since then, the country has lived under the oppression of his dictatorial military regime, one of the last in Latin America. To Ramiro, this must stop at any cost. Risking his own life, he decides to plan, together with his comrade in arms, most of them inexperienced, an incredible murder attempt against the tyrant. 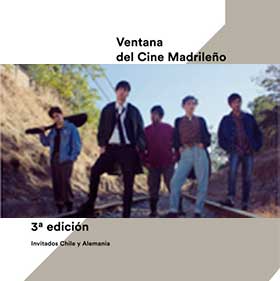 Concepcion 1984. A group of young rebels from the province meet to fulfill their dreams, to create a band of rock from which to fight against the military dictatorship. A mythical group is born, "Emociones Clandestinas - Clandestine Emotions" A band that with their critical and insubordinate attitude will generate a new style of being young , rockers and rebels. The film narrates the story of the band, their beginnings, its dreams, its personals triumphs, its musical successes, its conflicts and its separation at the beginning of the return to democracy.

1939. Neruda has obtained the ship “Winnipeg”, in order to move to Chile thousands of victims of the Spanish Civil War. Once in the ship, Rocío and Victor start to remember the past few weeks. She is a republican combatant and he is a young parliamentarian. Together, they have fled from Spain to France to save their lives, but they are captured and imprisoned in a concentration camp. After, they run away and, aboard the ship – originally built for a hundred passengers and now carrying more than 2400 – Rocío and Victor starts a romance. From Spain, Franco tries everything to sabotage the scape. In order to survive, they need to be organized, to mutiny and to expose the traitors. After a month on board thinking they wouldn’t make it, they sight in the horizon the city of Valparaísov.

German pensioner Wolf (72) and Galician seafood collector Inma (37) have made a strange deal: Inma has to replace Wolf’s deceased wife in order to make him persist in the community of the Galician camping site ‘El Paraíso’;. Though the two couldn’t be more different, they share the same problem: they are both desperately single.

‘Los Reyes’ is the Santiago de Chile's oldest skate park. Here kids from all walks of life meet. But the real kings (los reyes) of the skate park are two dogs. The microcosms develop around these animals, machines and the adolescents who've seized the park.

COMING WITH ME SEEDS OF HAPPINESS is a story about three seeds of happiness, peace and hope. Seeds, which arise in three different places around the world: Spain, Colombia and Angola. These seeds would teach us how they are building their happiness from the implementation of their rights and the empowerment of their respective societies

Ana and Pablo are a couple who will open a rural house in the mountains after the death of their son. But at the opening dinner, in the middle of a strange storm that leaves them isolated, one of his friends, Guille, suffers a kind of attack, seriously injures another and tells an alternative version of what happened: he does not know anyone, just Ana, which according to him is his partner and died in the accident, but not the child, who is still alive.

Juan, a prison officer, observes in silence every Sunday as Berta, the mother of one of the prisoners, visits her son. The day that he finally manages to talk to her, he surprises himself by pretending to be another parent visiting the prison and inventing a prisoner daughter: Josefina.

Beneath the modern city there lies a vast labyrinth of galleries, tunnels, sewers, supplies of light, water, gas and communication installations, transportation networks and underground stations, areas of leisure and consumption, basements, garages… An immense spiders web that sits upon and depends on the visible city; an area that serves a functional and essential purpose while at the same time is a symbolic, hidden sphere: the subconscious of the city.

The documentary “Unseen women” is a travel deep into women from different sides of the America continent. We will dig deeply through the same 20 questions about transcendental matters of the human being and about women in particular and the possibilities they have to live their lives it depends in the place they have born. An existentialist journey to discover and show if they really have, or not, true possibilities of living as they truly are.

An original argument about the manifestation of FEMALE SEXISM. Women against women. Comparing two points of view, the Latino American society´s, represented by Venezuela where sexism is shown openly through the obsession of beauty for the perfect female physic and best behaviour in women, at times outrageously open, and the other; the European society´s point of view, in this case represented by Spain, apparently progressive and liberal but that it reveals a hidden interiorised sexism as destructive and damageable as the manifested machismo.

To each his stranger

Two stranger women who don’t know each other. The oldest, awaits for her dead in her mountain cabin; the younger, has a bad temper but she’s full of life. A casual encounter at the cabin and the arrival of an avalanche, will force them to cohabit and discover each other.